This incident happened to a 39 years old women who walking her dog and apparently was attacked by a bear.

According to pathologist of Colorado Parks and Wildlife, human remains were found inside the stomach of bear and her cubs. It is suspected that a 39 year old women was killed by the bear.

On Saturday night necropsies of these three bears were done in CPW health lab in Fort Collins. Human remains were found in the digestive system of these three black bears. The lab reports were released on Sunday.  Basically necropsies is a process of dissecting a animal which is similar to autopsy in humans. 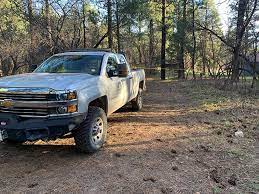 On further examination, it was confirmed that out of three bears on two i.e. the mother bear and one of her cub had the remains of humans. The bears were euthanized for the necropsies purpose.

The La Plata County Coroner’s said that an autopsy will also be performed of the deceased women to know the exact cause of the death and to release the women’s identity as well. The report are likely to be released by Tuesday.

According to CPW’s Wild officer, trained dogs from U.S. Department of Agriculture Wildlife Services were used to search the body of the deceased women. Three bears were found nearby the body of that dead women.

On talking with her boyfriend, it was revealed that when he came back around 8.30 pm, he only found their two dogs outside their house. He further searched for his girlfriend for almost an hour but could only find her dead body. He then informed to situation to the police officers.

It was declared as bear attack by the wild life officers after seeing the scratches, hairs and partial consumption of body. They also said that not to blame the lady for her death as no body knows how it all happened.

CPW Director said that there will be lots of controversies regarding euthanizing the bears but he said that it is important to take care of the safety of the visitors there. And  if bears loose fear over humans, they might attack somebody else as well. So to ensure the safety of people around euthanizing of these bears were necessary.