A new study recently suggests that delaying the second dose of vaccine may help to boost the public health strategy. A study published in British Medical Journal says that with having a more significant gap between the first shot and second shot of the COVID vaccine, the mortality rate seems to decrease.

Although the U.S. is rapidly getting vaccinated as per the president’s wish of inoculating everyone, other countries are incredibly facing a shortage of vaccines for their citizens.

But according to the health experts, the gap between the first shot and second shot of the COVID vaccine has shown excellent efficiency. Like, Moderna vaccine’s double dose is administered after four weeks of administration of the first dose, while Pfizer vaccine is administrated three weeks apart from the time of first shot for significant efficacy.

But as many countries are facing a shortage of vaccines, the gap between the first and second dose has been increased but what the health experts feel about this gap is it can be beneficial.

For the countries having a low vaccination rate, the results were quite favorable. Around 20 % reduction in mortality was seen on administering the second dose quite later.

The writer of the paper suggested that delaying the vaccine’s second shot for people under the age of 65 has shown a reduced mortality rate and is beneficial.

Delaying the vaccine proves to be 70 % more efficient than before, and first doses are pretty effective in treating stubborn immunity.
This concept is beneficial for those countries that do not have enough stock of the vaccine, and moreover, there will be fewer death rates in the meanwhile of waiting for the second shot of vaccine.

Moreover, in clinical trials, after three months of administration of the AstraZeneca vaccine, antibody decay was observed, and this shows that a second dose could boost up the immunity later. 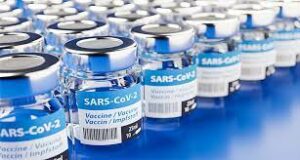