Warcraft is created based on a game. The development of this movie is done from ideas taken by the game. Warcraft was an amazing movie in itself. It received an ample amount of love and support. The audience was amazed by the plot as well as the cast of Warcraft.
When it comes to the sequel of Warcraft, it creates an abundance of excitement and joy among people.

The cast of Warcraft 2

Nothing has been out regarding the cast of the Warcraft sequel. But it is expected that Travis Fimmel would be back playing Anduin Lothar’s role, and Daniel Wu would also be back as the voice and motion-capture of Gul’dan. Along with these, Paula Patton would also be back as Garona Halforcen, Ben Foster as Medivh, Ben Schnetzer as Khadgar, Robert Kazinsky being Orgrim Doomhammer, and Ruth Negga would be seen as Lady Taria Wrynn. New characters are also expected to join the Warcraft part 2. 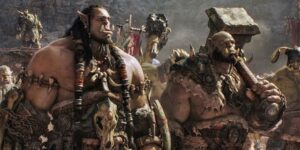 According to numerous sources and interviews were given by cast members, it is expected that the show would get launched by early next year. Summers 2022 might see the launching of the Warcraft sequel.

Improvisations that should be made in Sequel

The audience really wants to meet more races in the movie, namely, dwarves, gnomes, and elves. The audience feels like they would be more interesting than human beings. More races must be carried in the second part.

The audience wants to watch one complete part focusing on The story arc of Arthas, the Crown prince of Lordaeron. He deserves his own movie. The audience looks out for enough potential in him.

The audience totally enjoyed the plot but wants a main character in the story. The focus of the plot must be on the main character’s plot from his perspective.